Design a site like this with WordPress.com
Get started
Skip to content
Date: July 8, 2021Author: Njaay Demmba Astel 0 Comments

Amadou Hampâté Bâ (1900-1991) was one of the major intellectual and literary figures of twentieth-century Africa. An illustrious writer, who wrote many poems in his native Pulaar/Fulfulde and authored prize-winning and widely-read literary works, but he was also an ethnologist, philosopher, historian, and storyteller as well as a spokesperson for Sufi understandings of Islam and religious ecumenism. His published works have been translated from French into several European languages, as well as Japanese. He was eventually named to the UNESCO executive council and served as Mali’s ambassador to Côte d’Ivoire. In the course of his career, he assembled a very large personal archive a large portion of which was records of oral history which he was not only eager to transmit to future generations but also fought to get them recognized as sources for writing history.

Amadou Hampâté Bâ was born to an aristocratic Fulbe family in Bandiagara, the largest city in Dogon territory and the capital of the precolonial Toucouleur Empire. At the time of his birth, the area was known as French Sudan as part of colonial French West Africa, which was formally established a few years before his birth. After his father’s death, he was adopted by his mother’s second husband, Tidjani Amadou Ali Thiam a Fulani (Toucouleur) of Fuuta Tooro origin. He first attended the Qur’anic school run by Cherno Bokar, a dignitary of the Tijaniyyah brotherhood, then transferred to a French school at Bandiagara, then to one at Djenné. In 1915, he ran away from school and rejoined his mother at Kati, where he resumed his studies.

In 1921, he turned down entry into the école normale in Gorée. As a punishment, the governor appointed him to Ouagadougou with the role he later described as that of “an essentially precarious and revocable temporary writer”. From 1922 to 1932, he held several posts in the colonial administration in Upper Volta, now Burkina Faso, and from 1932 to 1942 in Bamako. In 1933, he took six months’ leave to visit Tierno Bokar, his spiritual leader.

In 1942, he was appointed to the Institut Français d’Afrique Noire (IFAN — the French Institute of Black Africa) in Dakar, thanks to the benevolence of Théodore Monod, its director. At IFAN, he made ethnological surveys and collected traditions. For 15 years he devoted himself to research, which would later lead to the publication of his work L’Empire Peul de Macina (The Fulani Empire of Masina). In 1951, he obtained a UNESCO grant, enabling him to travel to Paris and meet with intellectuals from Africanist circles, notably Marcel Griaule.

With Mali’s independence in 1960, Bâ founded the Institute of Human Sciences in Bamako and represented his country at the UNESCO general conferences. In 1962, he was elected to UNESCO’s executive council, and in 1966 he helped establish a unified system for the transcription of African languages.

His term in the executive council ended in 1970, and he devoted the remaining years of his life to research and writing. In 1971, he moved to the Marcory suburb of Abidjan, Côte d’Ivoire, and worked on classifying the archives of West African oral tradition that he had accumulated throughout his lifetime, as well as writing his memoirs “Amkoullel L’Enfant Peul”, and “Oui mon commandant!“, both published posthumously. He died in Abidjan in 1991.

Amadou Hampâté Bâ left a prolific work: tales, initiation novels, poetry, many African proverbs are attributed to him, not to mention religious essays and his memoirs. Best-selling novels translated into many foreign languages. History, religion, literature have been his areas of research. He also put Fulani culture in the spotlight. The writer’s tour de force is to have succeeded in making, from an oral and collective tradition, a written and personal expression.

His election in 1962 to the Executive Board of Unesco from 1962 to 1970 gave him an international dimension. In the field of thought and spirituality, the work of Hampâté Bâ is deeply marked by Islam and its Sufi dimension: first in the work dedicated to his master Cherno Bokar, the sage of Bandiagara published in 1957. Later, he developed his ecumenical humanism in Jesus as seen by a Muslim. The former researcher of IFAN (French Institute for Black Africa) has achieved success thanks to numerous literary prizes. In 1973, he won the great literary prize of Black Africa for The Strange Destiny of Wangrin and the following year the French language prize, awarded by the French Academy, for his body of work. 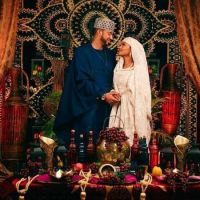 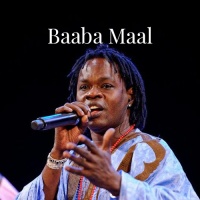 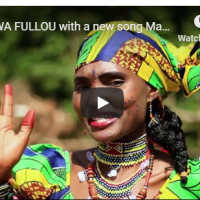